Loving the sarcoma community at CTOS

By Suzie Siegel
Kate Barzan Smith, who is working on her PhD in pharmacology at the University of California-Los Angeles, would love to find new drugs to treat sarcoma.
“I’m fighting as hard as I can,” she told me at the annual meeting of the international Connective Tissue Oncology Society in Chicago last fall. The "meeting" is actually a conference that lasts several days. Last fall was the first time the CTOS meeting was held in conjunction with the annual meeting of the Musculoskeletal Tumor Society. About 800 people who research sarcoma and/or treat patients attended. Officials believe it was the largest conference on sarcoma ever held in the world.
Smith has been researching liposarcoma. “I had never heard about [sarcoma] until I started working on it.”

At the 2009 CTOS meeting in Miami Beach, she met me, Sarcoma Alliance board member Dave Murphy and Executive Director Arthur Beckert. She had never met patient advocates before, especially not ones who also had the disease.
“There’s nothing for you guys, but you’re willing to come to these conferences, and you keep coming." Talking to advocates “changed the way I approached my science. It gave me motivation to work harder. It made me fall in love with the sarcoma community.”
That made my day.
About 20 people representing 11 nonprofit organizations attended CTOS, and there couldn't have been more than 10 of us who also are patients ourselves. A few staff members also went, plus people who lost a loved one to sarcoma, such as Dave. He has attended every CTOS meeting since 2002. I've been to every one in North America since 2004.
Generally, we can't afford the hotel where the meeting is held. Dave looks for a cheap hotel, and I try to mooch off friends. We pay our own registration fees.
We go to hear about the latest research and analyze trends in the field. In addition to formal presentations, we have opportunities for informal chats, and we get to network. Once, for example, I introduced a researcher to another with the same interest, and the younger one was able to get tissue samples from the older one. We see who commands respect in the sarcoma world, and who works well with whom. We try to use this information to help others affected by sarcoma.
Posted by Sarcoma Alliance at 2:29 PM No comments:

Power of the Ocean will raise money Jan. 21 for Assistance Fund

A woman lying in a hospital in Pennsylvania. A Montana cowboy. A young man in college in Southern California. They have two things in common: All were diagnosed with sarcoma, and all received grants from the Sarcoma Alliance to help pay for second opinions from experts.
So that more people can get grants, the Alliance will hold a fundraiser 5-9 p.m. Jan. 21 at Saint Rocke in Hermosa Beach, in the Orange County-Los Angeles area. The event will feature food, live rock and reggae, dancing and a silent auction.
People also can donate directly to the Alliance's Hand in Hand: The Suzanne R. Leider Memorial Assistance Fund, and 100 percent of their money will go to patients seeking an expert opinion.

At a sarcoma conference this fall, Dr. Robert Benjamin (at left), chair of sarcoma medical oncology at the M.D. Anderson Cancer Center in Houston, said: “Given that the state of the art is clearly inadequate, if everyone was treated at a multidisciplinary sarcoma center, the survival rate might go up 15 percent. Patients aren’t going to do as well if treated by someone who thinks sarcoma is just the flavor of the day.”

“Taking a plane is one of the best ways people can improve their survival,” said Dr. Samuel Singer, leader of the multidisciplinary soft-tissue sarcoma team at Memorial Sloan-Kettering Cancer Center in New York. 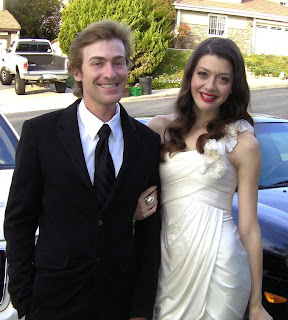 That's what Drake Brada-Pitts did in 2008. (He's pictured with his sister, Kiersten, on their way to a dance for childhood cancer survivors.) He had synovial sarcoma, and one doctor recommended chemotherapy and another didn't, said his mother, Deborah Brada of San Diego. They sought an opinion from a doctor who specialized in sarcoma in adolescents at Dana-Farber Cancer Institute in Boston, and the recommendation was: no chemo. Drake is now 21 and cancer-free.
"He no longer needs to go for scans and can focus on college and his future," Brada said. "I am so thankful that the Sarcoma Alliance enabled us to get that second opinion at Dana-Farber. Otherwise, Drake would have undergone unnecessary chemo that would have harmed both his body and his spirit. As his mom, I was terrified to have him do chemo and even more terrified not to, so seeing a specialist in teen sarcoma was exactly what we needed to move forward with confidence. Now, looking back, it feels great to know we made the right decision."
Jenny Miller of Athens, Penn., had surgery last year for malignant fibrous histiosarcoma at a local hospital. Although she wondered if she was wasting her time, she went for a second opinion at Roswell Park Cancer Institute in Buffalo, N.Y. The Alliance reimbursed her for expenses, including insurance co-pays. She said she got important information, such as the need for regular scans, which showed a tumor in her lung. Chemo shrunk it, and a tumor in her leg was removed.
"My insurance won't pay for hardly anything," she said from her hospital bed, where she was being treated for an infection in her leg. "I would never have gotten through all of this without everyone's help."

Troy Foss of Billings, Mont., was diagnosed last year with myxoid liposarcoma. (He's in the photo below on his four-wheeler.) "I'm a dumb Montana cowboy. I turned to my wife, who's a nurse, and she said, 'It's a fancy word for cancer.' " His doctor recommended specialists in New York or Boston.
"I used to be a truck driver. I hate big cities. You're broke before you get there," he said. His wife suggested the Mayo Clinic in Rochester, Minn., instead. They sought financial help from a local nonprofit, without any luck, he said. But the Alliance reimbursed them for gas and hotel rooms.

"As far as I'm concerned, the Sarcoma Alliance takes care of people."

Foss is in remission after radiation, chemotherapy and the amputation of his right leg. Doctors offered him time to consider the amputation, but he told them: "I've already decided. Let's git 'er done. Just get to cuttin'.

"It was scary to me, but it was either that or die."

Since the Assistance Fund was created in 2003, more than 375 grants totaling nearly $190,000 have been given to people in every age group in almost every state with almost every type of sarcoma.
"The number of people asking for assistance has gone through the roof in the past few years," Executive Director Arthur Beckert said. He attributes the increase to greater outreach, coupled with the economic downturn. As a result, the Alliance has had to reduce its grants to a maximum of $350. Even then, the fund didn't have enough to pay for the 70+ grants given this year; for the first time, the Alliance had to dip into its general operating funds so that no one who qualified would go without.
People have to fill out a form to get reimbursed, and two board members double check the travel expenses of applicants. "Their willingness to do the paperwork shows you how important every penny is to these folks," said Beckert, noting that cancer can bankrupt people.
The Alliance's biggest fundraiser is the Ocean of Hope (O2H) campaign, which consists of paddleboard and outrigger-canoe races throughout the year. The Alliance will honor the athletes at the Power of the Ocean event Jan. 21. The proceeds will be split between the Assistance Fund and the P.S. I Love You Foundation's Day at the Beach program for at-risk children.
Nearly 300 people are expected to attend the fundraiser. Sponsoring companies include Zinka, Patagonia, Skechers and Stantec. In addition to many sports items, the silent auction will have everything from gift certificates to Murad Inclusive Health Spa in El Segundo, Calif., to an afghan knitted by a sarcoma patient.
For tickets or more information, click here. 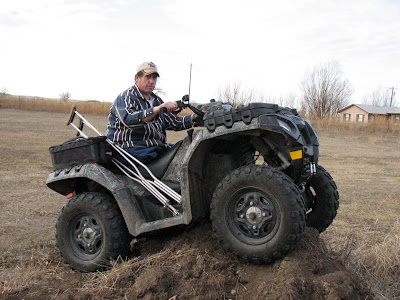