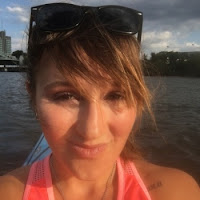 Shawna Kleftis rode her bike across America in 2014, ran the Boston Marathon in April and paddled across the rivers and lakes of the Adirondacks in September. She has raised as much as $25,000 for cancer patients.

“I’ve had the immeasurable support of family, friends and total strangers. It was never just me,” the 24-year-old said. “I feel like my job is easy. I just have to talk and write about what inspires me – my brother – and people respond. It never ceases to amaze me.”

On October 11, 2009, my older brother, Cullen, passed away from osteosarcoma at the age of 19,” she wrote on her fundraising page for the Adirondack Canoe Classic.

“Every time I sign up for another so-called crazy physical challenge – be it a bike ride across the country, a marathon, or this [canoe] race – I think about my brother and the level of mental and physical strength he exuded throughout his four years of being sick. I think about cancer’s inability to take away his drive, even as it ate away at his body. I carry his spirit with me whenever I think I cannot bike another mile, run another step, or paddle another stroke. It is with him in my mind and heart that I seek to raise funds for the Sarcoma Alliance.”

Shawna, who works in law enforcement in Boston, participated in the Adirondack race as part of Ocean of Hope, the Alliance’s largest fundraiser. She raised $2,877 and is still accepting donations at: https://www.crowdrise.com/donate/project/oceanofhope/shawnakleftis She entered the race before she knew that Cullen had received a grant from the Alliance's Sarcoma Hand in Hand: The Suzanne Renée Leider Memorial Assistance Fund to help with his trip to Houston to get a critically important second opinion.

The Adirondack race, known as the 90-Miler, was a Kleftis family affair. With her mother and younger brother as pit crew, Shawna and her father shared the canoe for their first race together. Not that they were new to water.

“I had grown up sailing and doing all variants of water sports on Lake Ontario,” she said, and she was on the sailing team of her college her freshman year. She and her father started slow but made good time the second day. She’s proud they paddled 69 miles and survived some hardships despite the last day of the 3-day event being cancelled due to high winds.

“Much to my Dad’s dismay, I insisted on camping out each night between the legs of the race, like Native Americans and early settlers would have done on their travels through the same series of lakes and rivers.”

During one portage – when they had to carry the canoe between bodies of water – she disturbed a hornet’s nest while looking for a place to empty her bladder. She was stung about 20 times.

Shawna is an all-around athlete. “In high school, I played varsity soccer and volleyball and ran cross-country. I knew how to play hockey from growing up with my brothers and watching their games, and playing pickup hockey in our driveway. So I decided when I got to Wellesley College that I wanted to play hockey instead, and I sported a #11 jersey in memory of Cullen, whose jersey/lucky number was always #11.”

On her 18th birthday, she went skydiving with her father and Ridge Thorbahn, who had osteosarcoma and two other cancers. He had known Cullen. “When my family learned he wanted to skydive, we paid for his dive. Cullen got to jump before he died; we made sure Ridge also got that chance.”

In 2014, Shawna earned her bachelor’s degree in International Relations-Political Science and Middle Eastern Studies. She had spent a year abroad studying Arabic, and we talked about how cancer is not discussed as openly in many countries as it is in America. “It was quite interesting to learn and witness firsthand how cancer was perceived while living in Jordan,” she said. “I would say in general, it's kept hush-hush. There's almost a sense of shame surrounding disease, as well as a sense of resignation (things happen at God's/Allah's will).

“Beyond that, I think cancer is in some ways ‘new’ to the region because it's still very much developing, and cancer rates tend to increase as countries develop. The prevalence of certain behavioral and environmental factors unique to the culture and region also dictate which types of cancers people are being diagnosed with. As you can imagine, the popularity of smoking manifests as lung cancer, as being in the desert and unyielding sun manifests as skin cancers.”

Only hours after college graduation, Shawna flew to Baltimore to ride 4,000 miles to San Diego in the Ulman Cancer Fund for Young Adult’s 4K for Cancer. (The founder survived chondrosarcoma.)

“It was very appropriate,” she said. “Cullen received treatment in Baltimore at Johns Hopkins, and it was also his birthday weekend. He would have been 24 the day before I started biking.” Cyclists stopped along the way to talk to young people about cancer and visit them in hospitals. Shawna also helped with logistics and publicity. She had hoped to raise $11,111.11, but she surpassed those lucky 11s to raise $14,560.

In April, she ran the Boston Marathon. “I had been dreaming of running it since my first year at Wellesley, which serves as the famous halfway point of the race. It was always such a celebratory day on campus, as it is for Boston and the surrounding areas. And I have always loved running – running has been my outlet all these years. After the bombings in 2013, my desire to run in the marathon increased tenfold. I finally got that chance this spring, and it was wonderful!”

She and her family have organized other fundraising events and done various volunteer work. “I'm now trying to determine how I can get involved in volunteering on weekends at any of the local Boston hospitals,” she said. 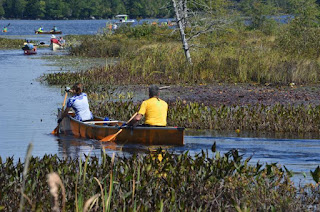 “I know my Dad and I will be doing the 90-Miler again, and I'm also looking at some other paddle-kayaking events. The hardest part is being in Boston – the weather and seasons are not conducive to year-round training – which is unfortunate because I'm always training for my next adventure/physical challenge, regardless of weather!”
Posted by Sarcoma Alliance at 5:32 PM 7 comments: